(Based on a True Story)
Plot Summary 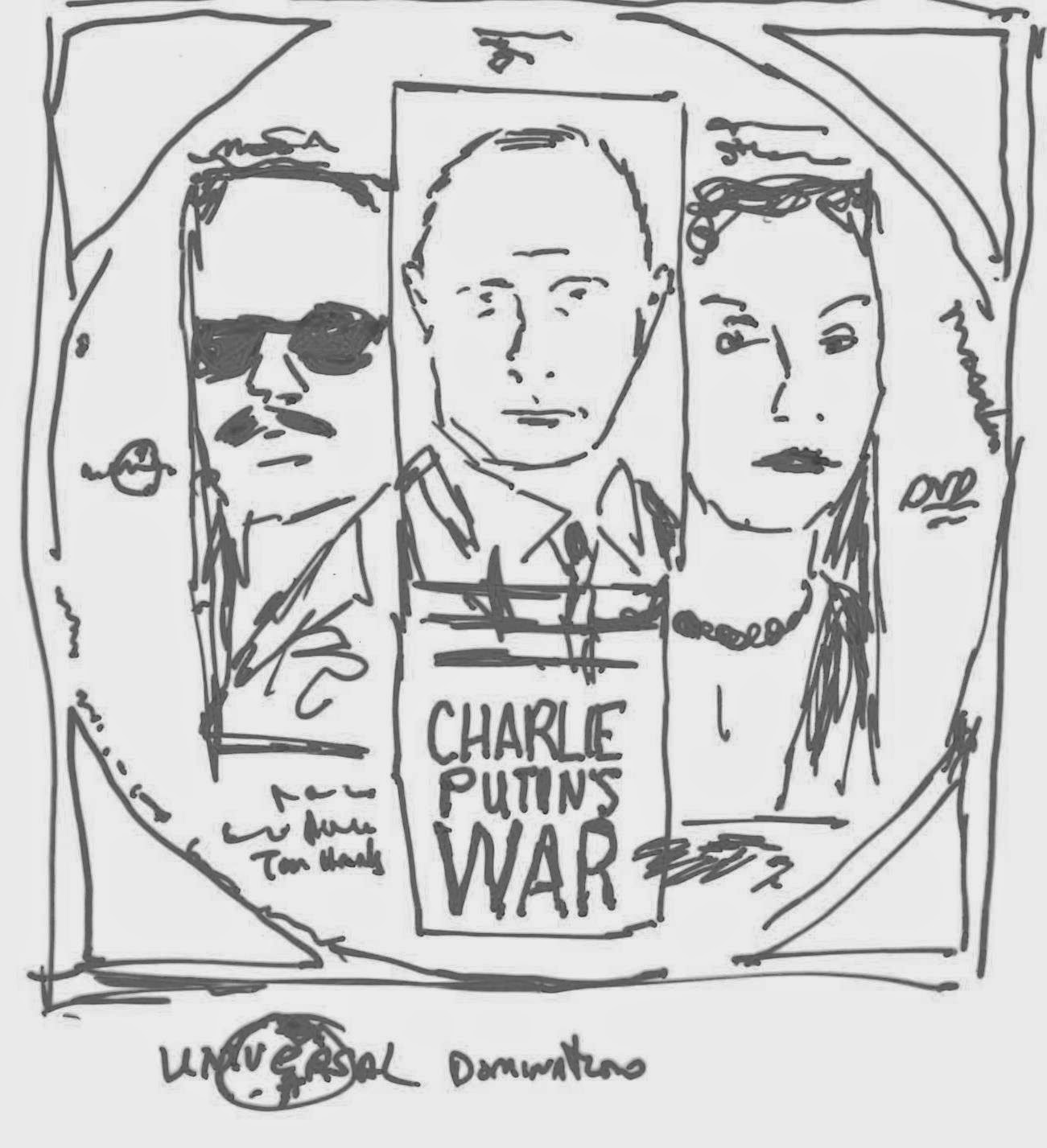 Charlie Putin is a Russian government security official and politician, whose early career was marked by his disinterest in partying (even within the party) and by his ability to engage in all forms of business and social interaction without smiling.  Charlie rises to the highest ranks of his country’s government, in part, because of his expert dreariness.
Yet he is eventually deemed a charismatic and compelling leader because of his behind the scenes role in the defeat of democracy in a neighbouring country.


The story is launched when a friend and romantic interest, Victoria Yanukovich, appeals to Charlie to do more to help the Peninsula people, asking him in a love letter to "establish legitimacy, peace, law, order, and stability” in at least one small part of Eastern Europe.


Deeply moved by the suffering caused by the pursuit of self-governing ideals, Charlie consults with his former colleagues in the KGB and learns of their frustration over the low-key approach in the fight against non-violence and democracy.  Charlie increases funding to the pro-violence movement in the under-troubled region.


In this work, Charlie befriends the maverick KGB agent Gustov Avrakotov and his East European strategy group, who, with Charlie's help,  soon expand their contacts in the neighboring country, fund paramilitary operations, and send missile launchers to angry vodka-drinkers in the region.   With the help of an unlimited budget and limited humanity, the rebels cause heartbreak and terror that disrupts the annoying drive toward democracy. The violence emboldens Charlie and his old friends, who give each other commendations, handshakes, and figurative pats on the back in a series of ceremonial state events.


The movie ends with a group of wounded, orphaned, East European children unfurling a map featuring the International Business Centre towers in the city of Moscow.
Mochiavelli