How to be Counter-intuitive 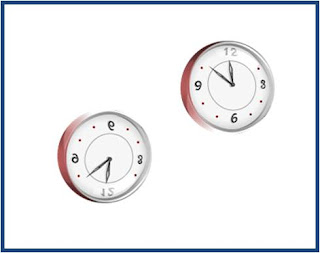 The Minister wants a speech that he can use in his hoped-for TED Talk.

“Make it insightful and counter-intuitive,” he said as his only instruction.

So, I have been studying the concept to try and come up with ideas.

I began with a systematic review of my recent dealings with other human beings. My study found that counter-intuitive decisions do not come naturally for most people.

When confronted with two or more options, people seem most likely to accept and follow the proposition that they consider to be most probable or to be the best choice in the given circumstances.  It would appear that they are persistently inclined to believe that which they find believable and to reject that which their knowledge, experience, and bias suggest is untrustworthy.

To date, I have not been able to locate references for any other studies on this kind.

But it strikes me intuitively that any such research would produce similar results if it were to be conducted.  But then again, my findings seem to me to be so innately obvious that I would presume that no one else would bother to ever look into the issue in a systematic, effort-requiring way.  At least, this is what I am naturally inclined to believe when it comes to the question of counter-intuitiveness and intuition-related scientific research.

Nevertheless, there are clear benefits to having a strong sense of counter-intuitiveness: most evident in winning trivia bets in bars, finding people with the same birth date in a semi-crowded room, and in pursuing a career in quantum physics.

And, of course, in preparing a TED Talk for a Minister.

I have, in light of this speech-writing assignment, thus given some thought to the issue of counter-intuitive development techniques and searched for patterns in human experience that might inform their elucidation.

I note, for example, that any list of things labeled “counter-intuitive” comprises scientifically proven ideas, objectively defined facts, and verifiable information.  This might suggest that counter-intuitiveness can be pursued through the acquisition of more knowledge, through more study, and through deeper understandings

But this, of course, is merely my intuition talking, which is the force I seek to diminish through my forming counter-intuitiveness development program.

I tried it out on every counter-intuitive fact I could find in the spheres of science, statistics, and society.  Each time I learned a convincing substantiated fact and absorbed it fully, I found myself believing the counter-intuitive idea, turning my efforts to think what runs counter to my natural thoughts into an effort to think the thing that had been labeled intuitive.

I think I should look for another job.


But that’s just what my personal experience and knowledge is telling me to think.