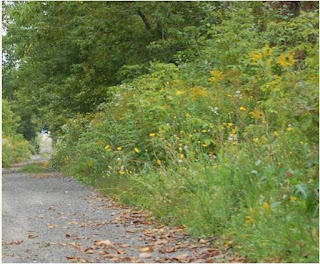 Try paddling a canoe against rushing water spiked with ice and snow, going full out as if you were in a race, for just one hour; then jump out into the bone-gripping cold of the current, crawl up onto the slippery shore, throw your long, awkward vessel onto your back along with sacks of iron, powder, and corn, and dive into the densest mass of bush before you -  to run for another hour.

Finally, layer tens of thousands of ravenous insects over the experience along with the knee-melting fear that you might be engulfed in flames or snatched up without warning to be slowly tortured to death.

If you then multiply this feat by one thousand (1,000 x), punctuate the gruesome run with hand-to-hand combat against much better equipped enemy and celebrate your achievement with the prospect of the bitter cold and misery of a scurvy-laded northern winter, you will have the flavor of a journey made in the spring and summer of 1686 - 325 years ago this year (2011) -  along the route that I would like to promote as “the Canadian Camino.”

The rivers and trails branch off into different paths, but all run close to 1,300 kilometres in length - or over 2,500 there and back - up from the Heart of New France through the arteries of the old Ottawa River canoeways into the dense forests and deep lakes of the Ontario Northland right up to the rim of the Arctic Ocean. 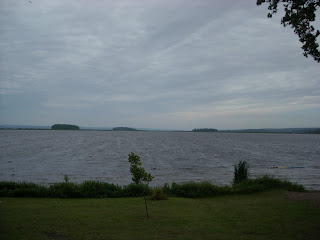 There are hundreds of stories to be told along this Canadian Camino, but the expedition that marks its 325th anniversary this year is exemplary.

Led by a young French Army Officer, the Chevalier de Troyes, it was among the most dogged military feats ever, was an important touchstone in the history of what would come to be Canada and branded the area around the route with an aura of determination and valor. De Troyes’ life would end within a couple of years of the mission to James Bay.  But many of those who had accompanied him on the expedition would go onto other glories.  One, Pierre Le Moyne d’Iberville, was a tough, innovative, and inspiring fighter considered by some as “the first Canadian hero.”

A route that is not only seeped in history and valor, it is also a unique path of spirituality that blends the mysticism of ancient beliefs with awe-inspiring natural wonders and very real stories of martyrdom, devotion, and Sainthood.  The route was the main pathway used by the early Christian missionaries of New France including Canadian Saints such as the sensitive Jesuit Jean de Brébeuf whose remains have attracted Papal pilgrimages.  His heroic and touching story is just one of those that echo along the tree-lined corridors of this very authentic and gritty route.

It should go without saying, but probably does not that the celebrated exploits of English adventurers and French voyageurs along this route would not have attracted much interest or had much impact on history had it not been for the prior presence and experience of the Aboriginal people.  It was Canadian natives who, over the millennia, had created and mastered the canoe, the snowshoe, and the snare, who had beaten the watery pathway from the south to James Bay, and most importantly had figured out how to survive to repeat the Camino journey again and again.  It was they who caught the beaver and brought their furs to traders at every locale and ultimately made the frigid heartland of Canada worth the celebrated exploration and battles that it later attracted. 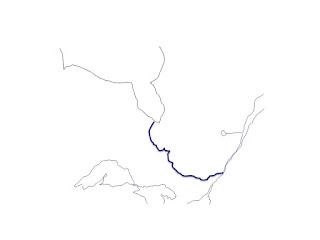 This Canadian Camino is not a “walking holiday” nor is it a hike over gentle hillsides through quaint villages and across sun-drenched fields in moderate temperatures; it is not for the faint-hearted nor is it something that you would likely be able to survive alone, and few would be able to replicate the de Troyes expedition in a single voyage.

But it is authentic, rich, worth knowing, and a very Canadian Camino.

(Read "Stubborn" - some of the stories 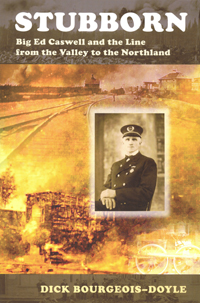 along the Camino through the Valley to the Northland)