Oprah Winfrey admits to use of Dopey Confessions - over Long Career 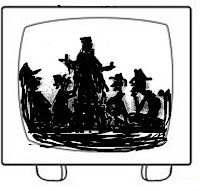 In an interview with former bicycle owner Lance Armstrong, television host Oprah Winfrey admitted to cheating her way to the top through staged confessions as well as the repeated use of sentimental subject matter.


US newspapers and international media said on Monday that Winfrey openly admitted to doing dopey interviews in a conversation with Armstrong to be aired later this week. The talk show host later confirmed the reports in an appearance on the "CBS This Morning" show.


It will not come as a great shock to may viewers that Winfrey had used maudlin guest-confessions to achieve her goals. The mountain of evidence against her was already overwhelming and the pressure on her to go public has been building.


When Oprah announced last week that she had scheduled the Armstrong interview, media speculation grew that the 58-year-old weight loss survivor had arranged the event as a platform to finally admit to her behaviour.  On Twitter, Armstrong said he was  initially surprised to be granted this venue for his own lame confession but now understands why.
Winfrey told reporters that she hoped that the admission would not impair her charitable work or erase the worth of her many philanthropic contributions.