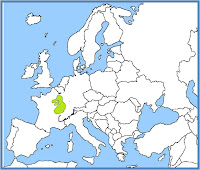 In a hastily arranged session late last night, the United Nations General Assembly voted to recognize the European entity Gérard Depardieu as a non-voting member of the organization.
“I am delighted with the decision,” UN Secretary-General Ban Ki-moon said following the vote. “I believe that given its size, unique identity, and sense of sovereignty, Depardieau has a right to recognition as an independent state.”
The change in status was urged by a coalition led by the northern nation of Castoria which still aspires to someday be the largest, sporadically populated country in the world. Castorian government officials feared that without recognition as an independent state the 320-pound Depardieu might join the Russian Federation and substantially expand the territory, resources, and influence of what is already a big mass of land and people.


"We've always favoured a new-state solution for the Depardieu issue,” Castoria's Ambassador to the UN Susanne Riz told the General Assembly. “A merger with Russia would not only destabilize the region and put stress on all of Eurasia, it would further threaten one of our country's few possibilities for greatness.”


Other western countries were divided over the proposed change in status. France, given its colonial era relationship and economic interests in Depardieu, spoke vigorously against it while the U.S. and Germany voted in favour after laughing at the French for a while.


Britain, sitting on the fence between its appreciation for the US entertainment industry and its interest in European cinema, abstained as did Russia which was pleased just to have caused so much distress and to have forced the vote.