The Case for Policy-based Evidence 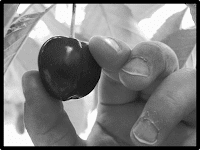 “There is no such thing.”

“But sir, it’s one of the Minister’s number one priorities.”

My assigned mentor, Dr. Stazkan, did not believe in the possibility of evidence-based policy.

I wanted to be respectful and could not challenge our department’s esteemed Counter Emeritus directly.   But I thought he might be suffering from an extreme case of statistical cynicism, a common form of workplace-induced impairment in our field.

I cited what I considered to be exemplary government policies duly supported by scientific fact and analysis. Every time, Stazkan picked them apart showing how political and bureaucratic bias came first and the consequential collation of suitable scientific fact came later.  He told me that it didn't matter what the political party or reigning agenda for the environment, food, and energy; all governments did the same.

“Just think about it, kid,” he said. “Think what it takes to make scientific fact interesting to today’s muddled media, then how long it takes for that to seep into the Tweet-filled minds of the average voter, then it has to coalesce and float up into the foggy clouds around the politicians, and then finally, you have to have all this coincide magically with the simultaneous breaching of the dogmatism of the public policy bureaucracy.”

He wiped the spit from the corner of his mouth and took a breath.

“Now, how long have you been in this department ?”

“So, think about that process and then think about what would happen if the Minister asked us for whatever we’ve got to support his last brain fart idea – how long would it take to put something together?”

“Well, uhm, I’m not sure if that’s something that could be measured, sir?”

“Frickin’ right, nanoseconds,” he laughed. “Anyway, you don’t have to take my word on this, look at this thing.”

He pulled a dust-covered binder off the shelf and opened it near the end.

“It’s a report on departmental policy development over the past forty years - mappin’ out timelines and showing at what point scientific evidence was fed into the process,” he said. “You wanna guess what percentage of the policies saw science first, political decisions second?”

“I see one of these columns ends in a zero,” I said.

“So, what do you think that tells us?” he asked.

“I dunno,” I shrugged. “What does the Minister say it tells us?”