A Hard Lesson in Budget Management 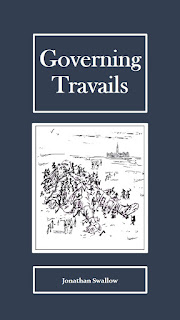 Security stood by the entrance awaiting my arrival at work.

Without explanation, stone-faced men escorted me up to the DG’s office where my boss sat staring at Excel sheets and gnawing on a pencil.  He looked up and muttered.

“More disappointed than angry,” he said, quivering his voice and the pencil.

“I think you know,” he said. “We could wait for the final audit and maybe an investigation, but why don’t you just save us a lot of grief – and just confess now.”

Certain of my innocence, but wary, I tried to  craft an appropriate response.

“I honestly don’t have a clue what you’re talking about,” I said.

“OK, I’ll play your game,” the DG said, shifting from sadness to sarcasm. “Let’s pretend you don’t know our department’s Financial Management policies and the requirement to close the year within 1 per cent of budget.”

It took another five minutes of testy and sometimes teary exchanges to sort things out.

I had never thought much about the policy because any expenditure approved by managers at my level had to be double and triple approved by the Department’s Bookkeeping, Underwriting, and Treasury (BUT) Branch.  The BUT Branch officials had to attest to the availability of funds, and this created the impossibility of material overruns anyway.

In short, I thought it was their problem not mine.

But, on this sad morning, I was informed that the Department’s “within-1-per-cent policy” was meant as a requirement not only to limit budget overruns, but also to ensure that every penny of taxpayers’ money assigned to us got spent.  That 1 per cent thing, as I learned, worked both ways: don't overspend by more, and don't save any more than that either.

Evidently, we had to do this to make sure the government could not scoop up excess funds for the general good at year end.  Worse still, the government through the financial-management layers beneath it would punish the non-spending agencies with reduced budgets going forward,  rationalizing cuts on the evidence of limited profligate capacities.

“I’m sorry, Boss,” I said begging forgiveness. “But my staff have been really working hard to cut costs this year, paying for stuff out of their own pockets – and doing work on weekends for free when we cancelled a big consulting contract that wasn’t working out.”

“This is a poor excuse and won’t wash with the execs,” my boss said, still frustrated, but showing signs of compassion. “You really should have been able to spend more money this year with a little creativity.”

With this challenge, I proposed a path out of our predicament.

“All is not lost, or wasted, yet Boss, like you said, we still have two days left,” I whispered with a smile. “And you know what we do in the last two days of the fiscal year ?”

“Management bonuses !!” he pounded the desk with glee. “Damn it, I'll give you the maximum allowed - Yessss! that'll do it !”

I nodded and commended him on his shrewdness and understanding of government financial management process.

“It won’t be enough to wipe out the entire surplus, but when I explain the situation to the ADM, I’m sure he’ll top up my bonus too,” he said calling for the security guards.

This time, they acted as a kind of honour guard escorting me down to my cubicle and the important work that awaited.