The Nobelist and the Knucklehead 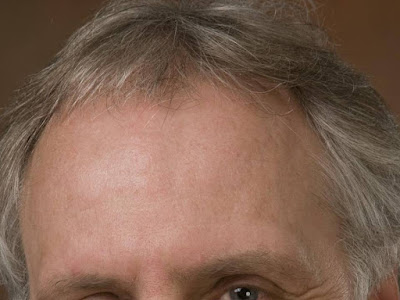 If you look closely at my forehead, you will see a row of light indentations made by the pointy knuckles of an elderly university professor some ten years ago.  We were having lunch at her faculty club and discussing the nature of creativity when she reached across the table and rapped me on the head as if knocking on a thick oak door.

“Mr. Bourgeois-Doyle ! It’s about … the … boundaries … of … knowledge,” she said as she slowly thumped each word into my skull.

The question that had prompted this humble attack on my person and pride did not seem that dull when it slipped out of my mouth.  But I could see in her eyes the distain and frustration that teachers the world over feel when compelled to repeat for the benefit of a lazy, inattentive student, and I had to reach deep for the nerve to clarify.

“I meant … ah … how ... uh ... precisely did he explain its relationship to creativity,” I said leaning back and beyond her easy reach.

She suggested in the fewest words possible that I might read the document under discussion myself.

The “he” we were referencing was Dr. Gehard Herzberg, the German-born Canadian scientist who was awarded the Nobel Prize in Chemistry in October 1971.  He gave “The Boundaries of Knowledge” title to a speech on creativity; a piece of information the Professor had shared with me just before I posed my evidently dumb and assault-inducing question: “The Boundaries of Knowledge ? – what’s it about ?”

Herzberg, who passed away at the age of 94 in March 1999, had a unique window on the creative process. He spent his life in the pursuit of science but also loved and always made time for the arts, especially music. He not only touched the world through his own interests, works, and research, but also as the mentor and molder of other brilliant minds, including many that would go on to capture international recognition and their own Nobel Prizes. ﻿
﻿

﻿His lab in Ottawa was regarded by the Nobel Committee and those other Laureates as the world centre for his field of molecular spectroscopy and a "Mecca" for science.

Born on Christmas day in 1904 in Hamburg, Gerhard Herzberg had, during his early years, wanted to be an opera singer and then an astronomer, but these studies were seen as luxuries and impossible without a rich family or sponsor.

It proved easier to secure funding for studies in physics and applied sciences, and his doctorate, which comes as a surprises to those who know him only as a champion of basic science, was in engineering. His practical, sponsored training did not thwart his frontier science bent, and before his 30th birthday, Herzberg had established an international reputation as a research leader, attracting disciples from abroad to his lab in Darmstadt.

Fortunately for Canada and for Herzberg, one of these was a young Canadian from Saskatoon, J.W.T. Spinks, who came to Germany for studies in 1933.
A few years later, when the politics of Nazi Germany heated up, Herzberg and his wife of Jewish heritage started to scan their options abroad, and Spinks orchestrated the rising star’s entry into Canada along with crucial scientific equipment.

Herzberg was granted a post at the University of Saskatchewan where he would work with great joy from 1935 to 1945. From that time on, Herzberg identified himself as a Canadian.
﻿﻿﻿﻿﻿﻿﻿﻿
﻿
Perhaps inevitably, he was attracted to the opportunities in the U.S., seduced in part by a chance to pursue his first love of astronomy, and Herzberg moved to the Yerkes Observatory of the University of Chicago in Williams’ Bay, Wisconsin. But he soon returned to Canada for the opportunity to take up the leadership of the physics division of the national laboratories in 1948 where he had unfettered opportunities to recruit the very best and help build Canadian science. He continued to work there daily beyond his 90th birthday.

Herzberg was an idol to many.  He was brilliant, charming, and dogged. In some narrow-minded circles, however, he was regarded in a limited way as a pure scientist uninterested in applications, technology development, and societal benefit. Such assessments deny the enormous impact his research had on communications, medicine, and materials manufacturing, the technologies he invented and developed to support his science, and his profound concern for humanity as evidenced by his role in the campaign for exiled Soviet dissident Andrei Sakharov.

In that head-banging speech, “Remarks on the Boundaries of Knowledge,” delivered to the Royal Society of Canada in 1974, one might find evidence to support all of the varied perspectives of Herzberg.

For sure, he advocated for basic science and stressed his belief that advances in research flow most often from motivated, skilled individuals who are given free rein to pursue goals and are not restricted by artificial policy: a particularly crusty pill for professional administrators and policy managers to swallow, but one that Herzberg never stopped serving up.

An even more difficult concept for many was his advocacy of art and science for their own sake independent of economic issues.  Indulgences and investments in pure science and art can be regarded as the benefits of economic success or half-mockingly as potential inputs to economic interests.


He allowed that we need to feed, clothe, shelter, and secure ourselves first saying that “There may be more urgent things to be done in connection with our survival” but he beseeched his audience to “not let these necessities detract us entirely from our devotion to knowledge for its own sake... (adding that) If Canada is to be economically prosperous without at the same time supporting the arts and sciences for their own sakes, it will not reach the level of a great nation.”

Valiant and inspiring thoughts. But the part of his “Boundaries of Knowledge” speech that I found most intriguing and that left an impression inside my head to go with the knuckled impressions on the outside pertained more directly to the specific issue: “the boundaries ... of ... knowledge.”

He explained that there are boundaries, real limitations, to what we can achieve and create if we restrict ourselves to what can be known. We have to reach beyond the knowable into the realm of the imagination and into the well of human emotions where our capacity to persist beyond reason and beyond ridicule rests.

Here, Dr. Herzberg saw benefit from linking our intellectual scientific selves to the imaginative and artistic.﻿ ﻿﻿﻿
﻿

He said that it was an issue worthy of our attention because if we don't resolve the issue "some of the major hopes, the major glories of the human race will rapidly disappear.”

Many people find Dr. Herzberg’s efforts to bridge the divide between the arts and sciences to be particularly inspirational.

But I cling onto his stubborn example and his life-long methodical pursuit of truths to be of greatest personal comfort since it suggests that there might be a place for a little slow "knuckleheadedness" in this grand creative mix as well.